Cooking Under A Brick

Chicken Under A Brick

Basically, when chicken is cooked in a hot skillet with a heavy object on top of it (over foil, of course) it creates a really crispy exterior to the chicken while the interior remains juicy. Chicken Under A Brick from The Organized Cook

No, I don’t actually use a brick.  Although, I did the first time, and after making a special trip to the hardware store just to purchase one- sigh.

Actually, any heavy object will do.  What works best for me is to place the chicken in a heated skillet with oil and cover it with foil.  Then I place a slightly smaller cast-iron skillet on top of the foil to create the weight of a brick.  Try my Chicken Under A Brick Recipe below:

Toni’s Chicken Under A Brick Recipe

Here is what I love best about Chicken Under A Brick (other than the juicy flavor).  I cook more chicken than my family will eat- only a breast or two extra.  Then store the extra chicken in the refrigerator to pull out a couple nights later to chop up into my Spanish Paella. Combined with a slightly-spicy chorizo and some shrimp, the chicken is now reincarnated into one of my family’s favorite dinners.  It’s one of my favorites too because it requires only one pan… and my favorite pan at that- the “paella”. If you don’t have a paella pan, any large skillet that can be transferred to the oven will do.  No rubber handles, though.  If you’re in the market for a paella pan, check out my favorite paella pan below. 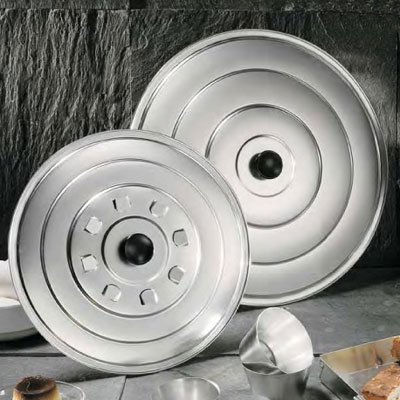 Spanish Saffron can be found in the grocery store and from stores like Trader Joe’s.  It can also be purchased in bulk. 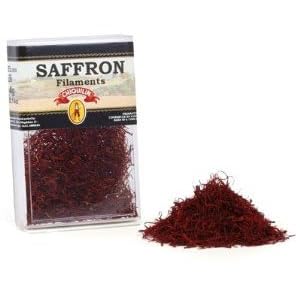